How can India be in a top five exporter?

Based on the statistics available for 2017[1], India ranks 20th in terms of exports in USD and as expected China stands as the global leader. 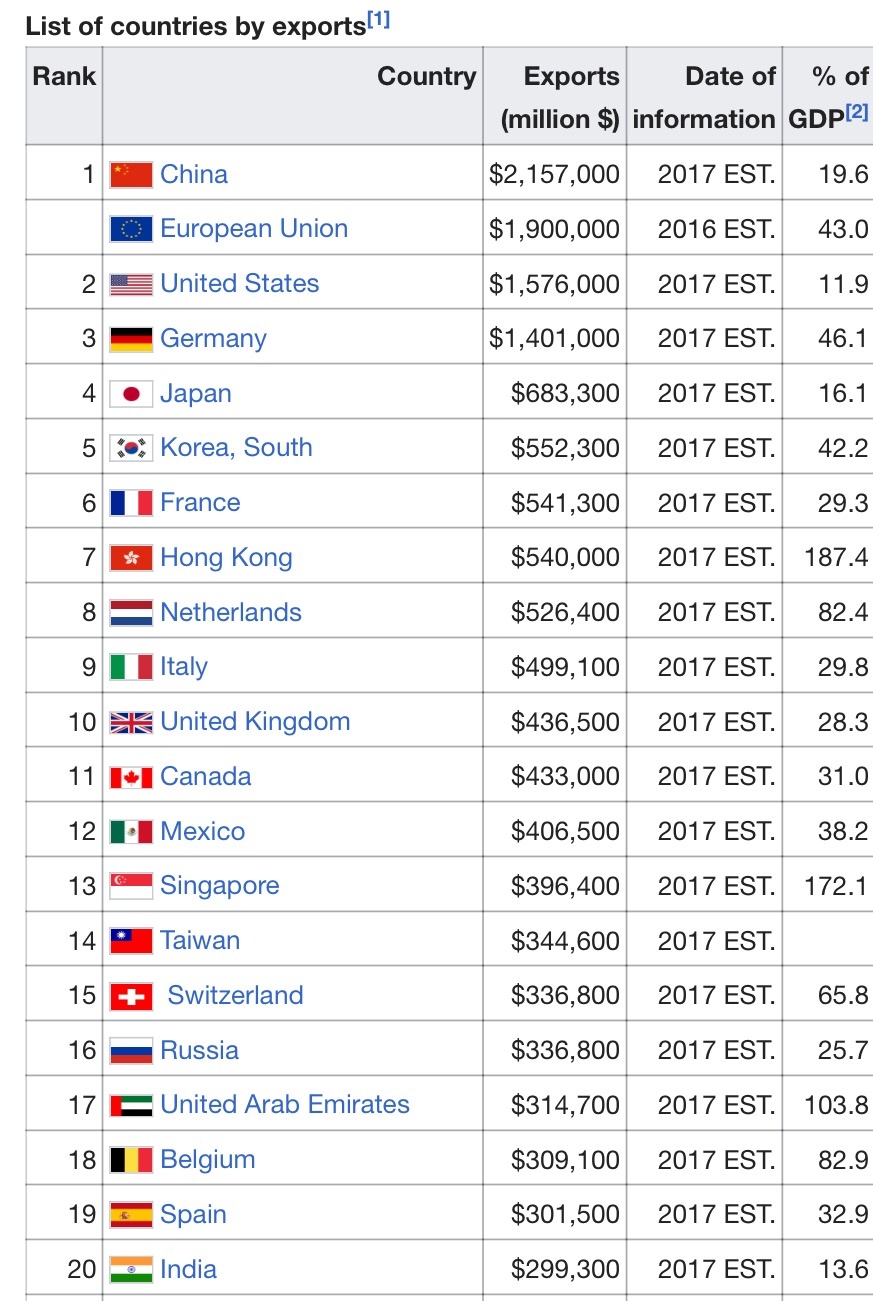 The top products exported from India in 2015 mainly comprised of natural resources. 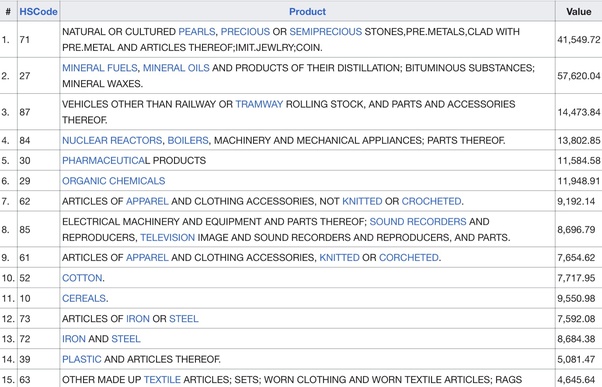 Hence, the falling crude oil prices have contributed to the below par performance of overall export from India in the last few years.

Interestingly, Belgium, a country which has a total population comparable to the Indian metropolitan cities ranks higher than India. Although it is important to note exports contribute more than 80% if it’s GDP while for India it is a measly 13.6%.

The biggest reason why India despite being one of the largest economies lies so down the pecking order in exports is the contribution from manufactured products vs natural resources.

The biggest issue with exporting natural resources is scalability.

The export volume from manufactured products have a significantly higher potential to scale up in proportion to the amount of emphasis put on improving infrastructure capabilities.

China’s dramatic economic rise from the 1970’s was driven by making manufacturing the key pillar for building their economy. They are clearly reaping the rewards now with continued unprecedented growth.

Countries like Germany, Japan and South Korea were smart enough to identify focus areas in manufactures automobiles and electronics etc. and built world class capabilities channelled in the right direction .The key contributing factor for their rise was tapping into the fastest growing industries in the changing landscape of 70–90’s by investing heavily both in infrastructure and research.

Volkswagen, Sony,Honda, Samsung,Hyundai are all household names now but that was not always the case.

If India intends to become a bigger player in exports than it currently is, it needs to embark on the manufacturing journey.

Make in India was meant to be a step in this direction but I am not sure how successful it has been.

We need to identify our strengths and focus economic areas- like the services sector which has been one of the biggest economic success story in the past 2 decades.[3]

India has one of the fastest growing service sectors in the world with an annual growth rate above 9% since 2001, which contributed to 57% of GDP in 2012–13. India has become a major exporter of IT services, Business Process Outsourcing (BPO) services, and software services with $154 billion revenue in FY 2017. This is the fastest-growing part of the economy. The IT industry continues to be the largest private-sector employer in India. India is the third-largest start-up hub in the world with over 3,100 technology start-ups in 2014–15